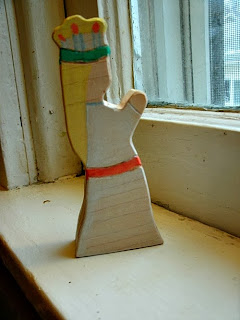 We first found out about Santa Lucia from the Rick Steve's Christmas Special (highly recommend this video!). She is celebrated in various parts of the world on Dec. 13th. I guess it is pretty commonly observed through the Waldorf teachings. We don't "do" Waldorf technically but I love the toys and art supplies etc. so we probably would have eventually found out about it! In fact I hear rumors of a Star Boy who is associated with Santa Lucia who I have yet to learn about. I am pretty happy with the way Lucia turned out and the kids love her to that's all that matters. She now happily adorns our nature table. I am thinking about replacing her with a little Bafana after the 25th. 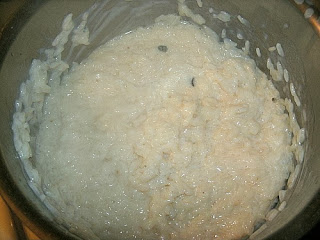 We made the traditional rice pudding which is far more tasty than it looks. Usually we eat it with strawberry jam but we didn't have any on hand. It was still good! An almond is stirred into the porridge and whoever gets the almond gets the.... 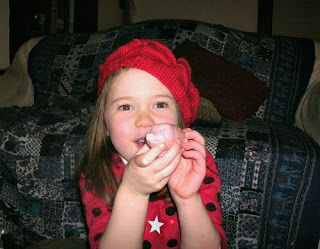 Marzipan pig!! We always get ours at Cost Plus World Market but you can order them online as well. This years winner was the little gal. She was pretty excited and we quickly dissected our pig to split up. She got to choose which piece she wanted (head of course). 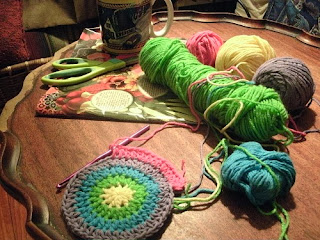 I'm also in the process of getting some presents done. I happen to be cutting it rather close on some of them. I used my "Oh So Cute Owl Purse" pattern to make my daughter a smaller version of the "Owl Stuffie". Actually I added a round on the circle and added another round to the head. Her original owl mysteriously disappeared after I entered it in the fair. She was upset but informed me she would rather have a pink one anyways so I finished that one up last night, switching from crochet to seed catalog perusing while listening to Racheal Yamagata on Pandora. My kind of night. 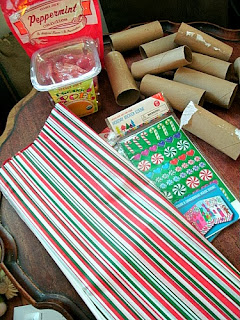 I was also busy filling and wrapping some Christmas crackers for our "Christmas Around the World" party with a homeschool co-op we belong to. They were filled with TJ's lollipops, mints, and a few stickers. The kids got a kick out of them. 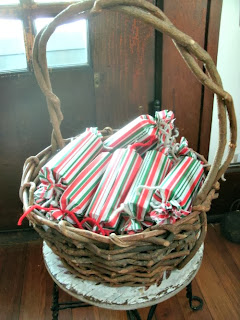 The finished product was apparently quite appealing because the kids could not stop asking about them! 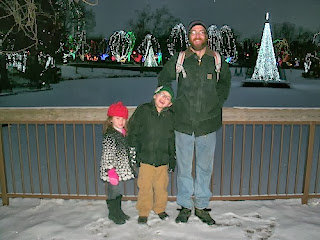 We have been taking lots of fun seasonal family field trips as well. We always make it to our local zoo for the lights. It was very magical with the snow and I sure hope we will have some again next year. It really made the lights sparkle! My little girl is wearing a hat I made her that is much like the one from my favorite version of The Secret Garden from the 90's. It has a little puff ball on top and she calls it her meatball hat. Hope you and your family are having lots of fun this season too!
Posted by Mama G @ bigcraftyblog.blogspot.com at 12:48 PM 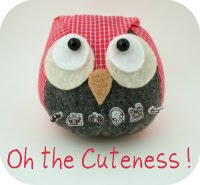